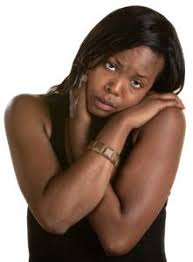 2019’s theme of World Mental Health Day is “Suicide Prevention”. Research reveals that Post-Traumatic Stress Disorder (PTSD) and depression are highly prevalent among survivors of road traffic accidents’ victims. A practical instance is one of Health Emergency Initiative’s beneficiaries who is currently a female patient at LASUTH. She was involved in a road accident which left her unconscious for almost 72 hours. Even, after she had gained consciousness, her mental health is still distorted while her speech is incoherent and can remember little or nothing about herself. She is suffering from PTSD as a result of the road traffic accident shock and needs mental health attention.

PTSD is a mental health condition that is triggered after experiencing or witnessing a terrifying event while depression is a common mental disorder that presents with depressed mood, loss of interest in previously pleasurable activities, decreased energy, guilt or low self-worth, disturbed sleep or appetite and poor concentration. These two identified states of mental health can lead to patients being suicidal.

The World Health Organization (WHO) estimates that approximately 1 million people die each year from suicide. Suicide is a desperate attempt to escape suffering that has becomes unbearable, blinded by feelings of self-loathing, hopelessness and isolation. Suicide prevention starts with recognizing the warning signs and taking them seriously. Talking openly about suicidal thoughts and feelings can save a life.

Dramatic mood swings or sudden personality changes, seeking out lethal means, preoccupation with death, getting affairs in order hastily i.e. making a will. Saying goodbye to people as if they won’t be seen again. Withdrawing from friends and family and sudden sense of calm and happiness after being extremely depressed can mean that the person has made a decision to attempt suicide.

How to Prevent Suicide

Health Emergency Initiative is committed to a charitable cause and as we press on to save more lives you can EMERGE with us via your donation or volunteer as we uphold and proclaim that NONE SHOULD DIE!