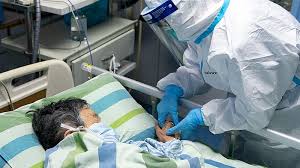 It is no longer news that there is an ongoing global emergency situation around the world most especially in China, US and its surroundings, which is the pandemic Corona Virus.

According to the Centres for Disease Control and Prevention (CDC) Corona viruses are a large family of viruses that can cause respiratory illnesses such as the common cold. Most people get infected with corona virus at one point in their lives, but symptoms are typically mild to moderate. In some cases, the viruses can cause lower-respiratory tract illnesses such as pneumonia and bronchitis.

The New York Times reported that there are more than 2,700 confirmed cases and at least 80 deaths linked to the 2019/2020 Corona Virus while the first “presumptive” case of the virus was reported in Canada in a man in his 50s who had returned from Wuhan to Toronto.

The first case of the pneumonia-like virus was reported in Wuhan, China, on the 31st of Dec. 2019. Since then, the virus has spread to various other countries, including Thailand, Japan, the Republic of Korea, the United States, Australia, France, Taiwan, among others.

The first case happened in Wuhan in people who had visited a local seafood and animal market; officials said it likely hopped from an animal to humans.

In terms of how one would catch the virus, the CDC says that human corona viruses are most commonly spread between an infected person and others via:

Symptoms of the new corona virus include

There are no specific treatments for corona virus infections and most people will recover on their own, according to the CDC. So treatment involves rest and medication to relieve symptoms.

For all corona viruses, it is advised that a hot shower can help to relieve a sore throat and cough. If you are mildly sick, you should drink a lot of fluids and rest but if you are worried about your symptoms, you should see a healthcare provider.

There is no cause to panic, just keep to the following cautions