How Your Donation Helps to Fund Crucial Health Emergencies in Indigents.

My name is Modina Ogunmade. During the month of December last year, my son Ezekiel Segun became unwell. We thought it was a fever, so we treated him at home but he did not get better, so we took him to the general hospital in Iba.

During his hospital stay, his stomach swelled, and we were unsure of the cause. According to the doctor, Segun will be operated on but we do not have the money to pay the hospital. In order to pay for the surgery, we were given a date to raise funding. Despite my pleas, no one came forward to help me, I had no money to give to the hospital.

As I told the doctor I couldn’t get money for the surgery, he mentioned that we would spend Christmas in the hospital. He called other hospitals for beds for the surgery while I looked for funds, but no beds were available. He promised Segun some medications that would keep him stable until after Christmas. We were at the hospital from the 25th through 27th. 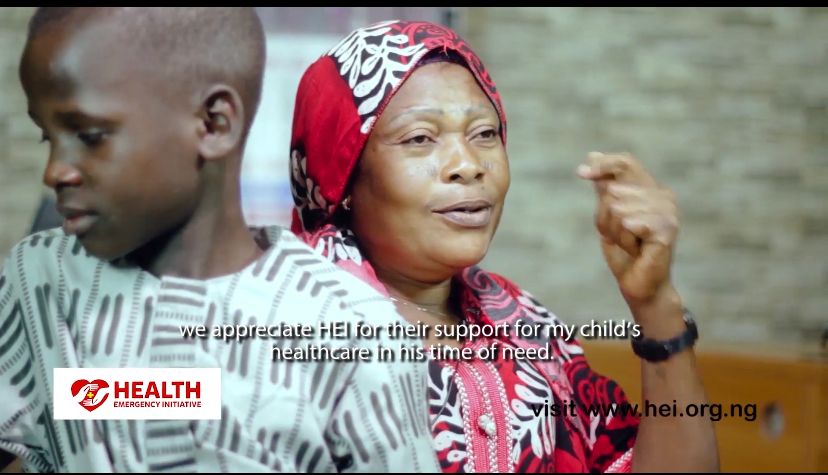 While my eldest daughter watched him, I took a break from the hospital to care for his younger siblings.

Suddenly I got a call from my daughter saying the bills have been sorted and that my attention is needed. The news was beyond my belief, I ran ecstatic to see what miracle we are about to experience as I arrived. They got drugs, drips, and other things needed to make Ezekiel feel better.

Just when it seemed like there was no hope, the HEI organization intervened, providing the funds for Segun’s surgery. My Eziekel is alive and well, so I was able to pay for the surgery and go home on February 6th 2022 without any debt.

My husband is late, so I have to take care of these children on my own. Selling local drinks like “seaman and chelsea” provides me with income for my family.

Modina is grateful for the HEI organization’s help and is relieved that her son is now healthy and well.

Help other families in need by donating to the HEI organization. Your contribution can make a difference and save lives, just like it did for Modina and Ezekiel. Visit hei.org.ng to support families by making a donation today.