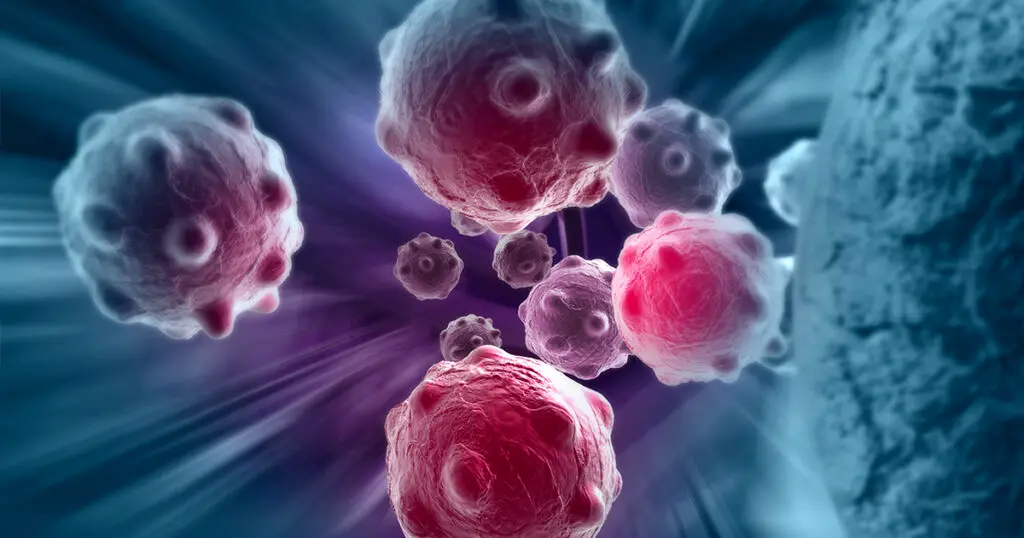 Nigerians are strong and unexpectedly unaffected by Cancer is a false statement. Cancer has remained top of the list of ailments that are indiscriminately reducing the well-being and wholeness of persons across the world, particularly, in developing countries like Nigeria.

In Nigeria, cancer leads to over,000 deaths per annum( 30924 for men and 40 647 for women). This number is set to increase given that there are,000 new cases of cancer every time. The estimated occurrence for breast cancer is( 27), cervix uteri( 14), liver( 12), prostate( 12) and colorectum(4.1). While estimated mortality for breast cancer is( 20), liver( 16), prostate( 13), cervix uteri( 12) and colorectum(4.4). Breast cancer is now the foremost cancer death in Nigeria, while liver cancer is the successive and prostate cancer is the third

Breast cancer is now the foremost cancer death in Nigeria, while liver cancer is the successive and prostate cancer is the third occurrence of cancer has been compounding in most regions of the world, but there are huge inequalities between advanced and developing countries like Nigeria.

Occurrence rates remain topmost in more developed regions, but mortality is fairly much high in less developed countries due to a lack of early discovery and access to treatment establishments. For instance, WHO/ IARC asserted that in Western Europe, breast cancer regularity has reached over 90 new cases per 100 000 women annually, compared with 30 per 100 000 in eastern Africa. In disparity, breast cancer mortality rates in these two regions are nearly same, at around 15 per 100 000, which easily points to after diagnosis and more poorer survival in eastern Africa.

Over 70 of the cancer cases present late stages( III & IV) with several cases having access to the limited treatment installations. Furthermore, people are diagnosed with cancer at advanced stages because so numerous people in Nigeria believe that cancer is “ white people’s ailment ”. While some firmly believe that cancer is generally transferred to other people by magical power known as “ juju ” or a satanic attack and others believe that it’s a wrath shot to humanity from the Supreme Being.

Hence, the females diagnosed with breast cancer would visit traditional healers and faith- grounded centres, where they believe that they can get a cure. Some of the women get a tear on the affected breasts, brainwashed not to accept that they’re fighting with cancer; rather, they should rebuke and employ the “ not my portion ” interjection. After the series of visits to different traditional healers, they sooner or later reverse to the healthcare establishment at a veritably advanced stage where only palliative care can be offered.

A common reason for the rising occurrence of cancer morbidity and mortality is due to the fact that the federal and state governments are still paying lip service to issues around health. In their argument, health watchers condemn the low- position or absent financing, bad policy execution and lack of political will and commitment for the continuity of the clogs in the wheel of progress of the fight against the peril of cancer.

In 2018, the federal government developed a Cancer Control Plan — a 4- year programme with a vision to reduce the occurrence and frequency of cancer over the coming five times and beyond. This was also to involve state governors so that each state would have its own cancer control establishment in order to plan, and key into the federal government’s wider programme.

According to a WHO report, one- third of deaths from cancer are due to tobacco use, high body mass indicator, alcohol use, low fruit and vegetable input, and lack of physical exertion, the report says, adding that cancer- causing infections, similar as hepatitis and mortal papillomavirus( HPV), are responsible for roughly 30 percent of cases in low- and lower- middle- income countries.

Nigeria was part of the historic 2001 Abuja Declaration, which commissions African Union Member States to allocate minimum of 15 percent of their public budgets to healthcare, but Nigeria has not fulfilled this recommendation. The public health budgetary allocation for 2022 is below six percent indeed as political office holders continue to take capital flight for medical treatment overseas, depleting the country’s foreign reserve and worsening the medical tourism problem that consumes over$ 1 billion annually.

For decades, Nigeria has be short of comprehensive cancer centres covering the sic geo- political zones of the country where all cancers and watch around the disease can be taken care of. The Executive Secretary of GivingTide, Dr Abia Nzelu, says a comprehensive cancer centre, is the only institution that can optimally attack all stages and types of cancer and not a medical centre with a radiotherapy machine.

“ Unfortunately, utmost Nigerians who go abroad for treatment end up dying because of late detection and stalled in intervention. also, unexpected situations( like as the COVID- 19 restriction) may make it insolvable to go on medical tourism, indeed if one could go it, ” Nzelu noted.

Good Health Weekly, established that cancer webbing in Nigeria is still periodic whereas in utmost other countries, in a shot to beat cancer, public cancer webbing programmes are embraced to commission citizens to go for cancer screening whenever they visit any public health establishment.  In Nigeria, people have occasion to be screened for cancer during outreaches organised by non-governmental organisations.

Nigeria has four functional radiotherapy machines serving over 200 million persons across the 36 states and the Federal Capital Territory, FCT Abuja, indeed as there are no serious investments as regard cancer care. It’s worrisome that a number of clinical trials with cancer drug aren’t carried out with Nigerians and experts describe this as a gap and a major factor in the efficiency of cancer medicines.

One of the major challenges that Nigeria faces is brain drain. Data by the Medical and Dental Consultants Association of Nigeria, MDCAN, showed that 139 advisers left 17 Nigerian hospitals within two times. Worse still, contrary to the WHO recommendation of 1 doctor to 600 patients, in Nigeria one doctor serves,000 cases and 16.1 nurses and midwives per,000 cases presently, Nigeria accounts for lower than 90 oncologists.

On this time’s World Cancer Day, stakeholders are calling for lesser investment and commitment towards cancer control and operation, treatment and forestallment, care and support. The need to prioritise healthcare for all citizens with ample health insurance remains desirable.

Every time, on February 4, the global cancer community commemorates World Cancer Day( WCD) to inspire lesser mindfulness of cancer and action to more help, descry and treat the complaint. WCD 2022 marks the first time of a new three- time crusade centred on the issue of equity with the crusade theme ‘ Close the care gap ’. This time’s crusade raises mindfulness about the lack of equity in cancer care.

In the views of Nzelu, 70 percent of cancer deaths do in developing nations like Nigeria due to lack of access to optimal care. Nigeria is presently estimated to have,911 cancer cases, with,815 new cases and,899 cancer deaths, yearly. She said without bold action, an estimated28.4 million new global cancer cases would happen in 2040, a 47 percent rise from 2020. “ The relative magnitude of the projected increase is loftiest in low Human Development Index( HDI) nations( 95 percent), including Nigeria. This projected increase in cancer occurrence will be matched by increases in mortality rates, unless coffers are placed within health services to properly treat and manage the growing cancer cases.

Adenipekun, A., Onibokun, A. Elumelu, T.N., Soyannwo, O.A. (2005). Knowledge and Attitudes of Terminally Ill Patients and Their Family To Palliative Care and Hospice Services in Nigeria. Nigeria Journal of Clinical Practice, June 2005, 8 (1): 19-22.